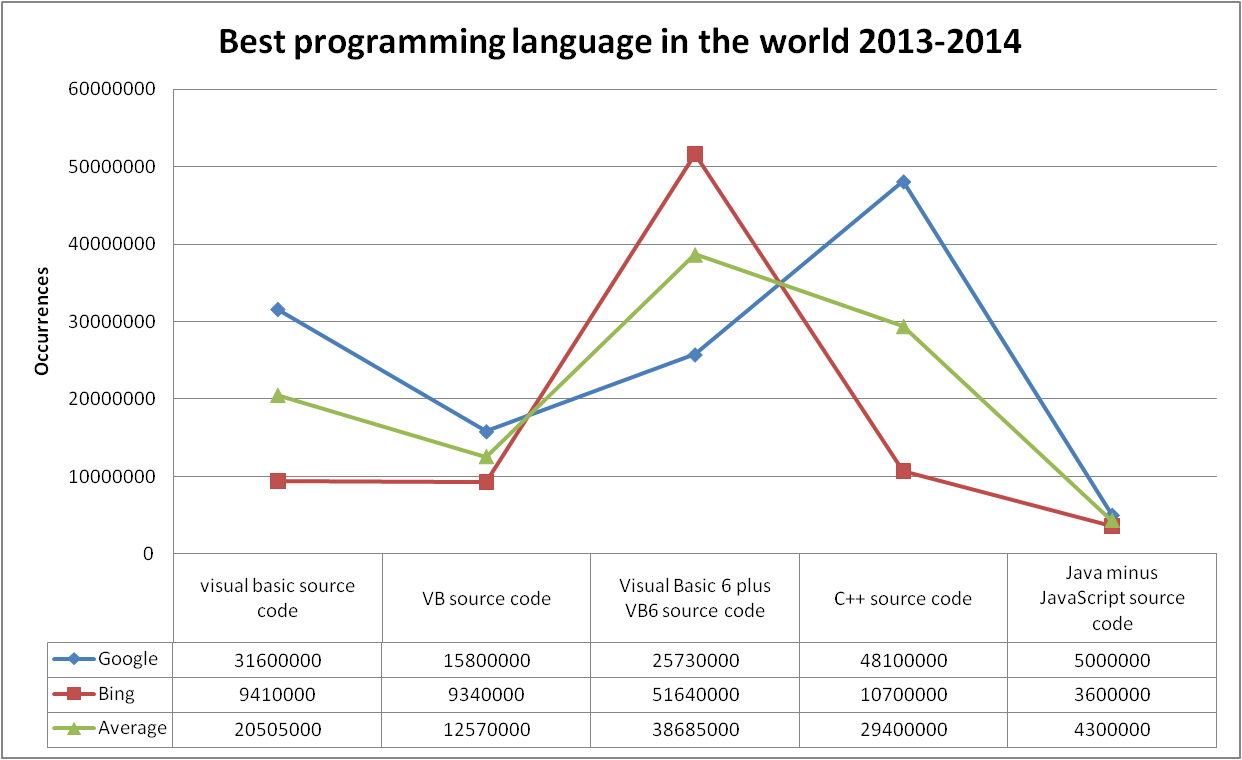 How the analysis was performed: Step1 - we used Bing and Google search engine for keyword search. We searched the word "source code" for each of the popular programming languages. Step2 - raw results were put into a table (as shown below) and a graph was plotted. NOTE: For C + + and VB, the results of the two search engines are acceptably close. However, when it comes to Java, something is abnormal, one of the two engines is lying. Eventually we traced the average of the two engines in order to reach the truth: 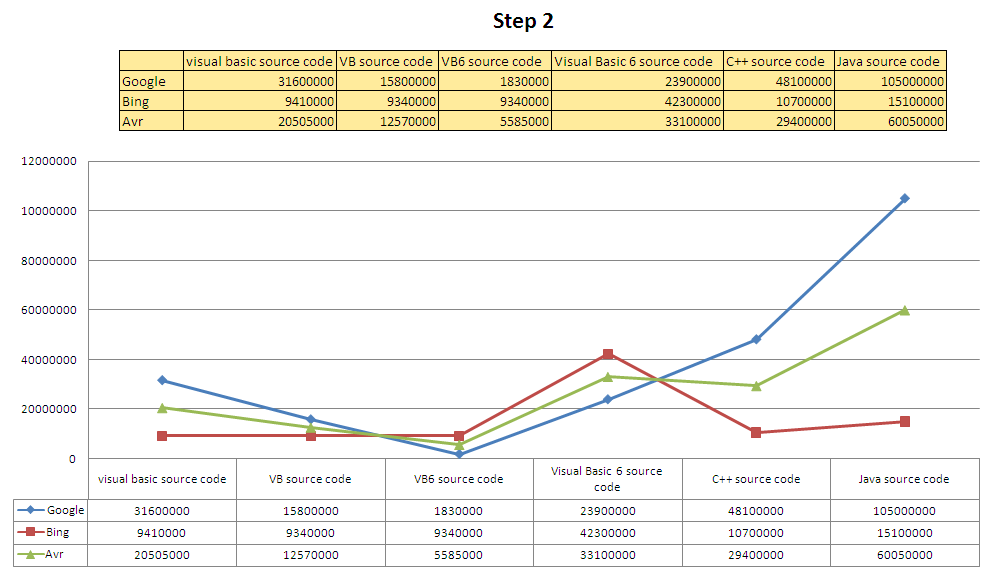 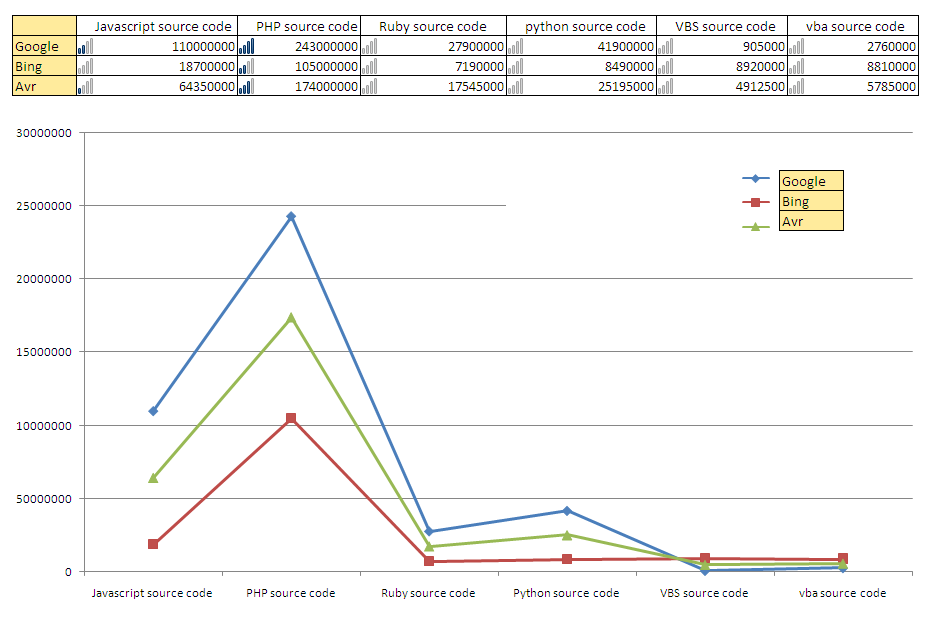 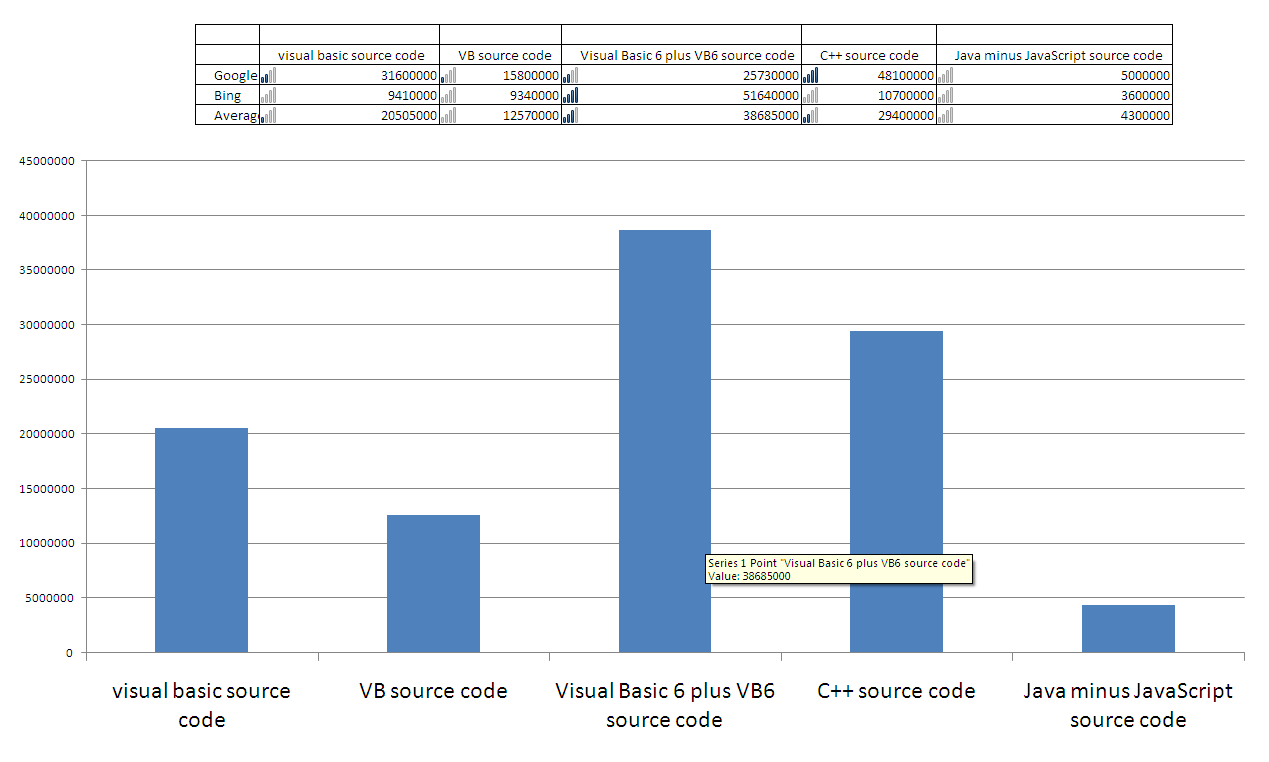 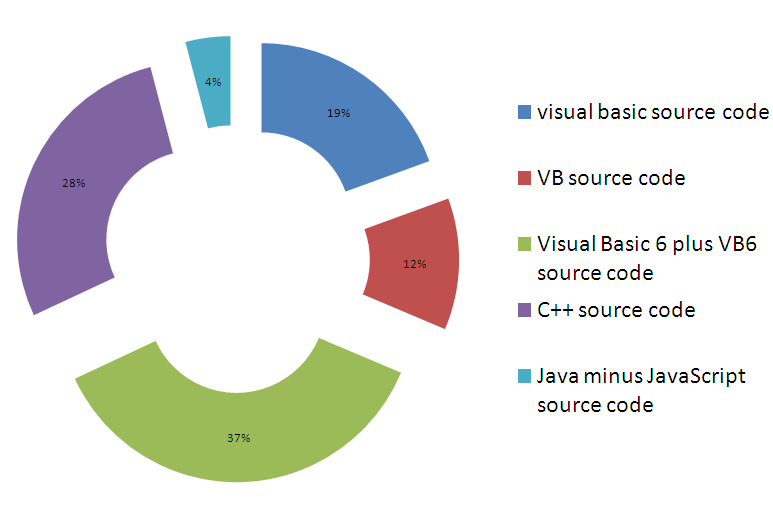