Visual Basic 6.0 rises to 5th place in the official Index of programming language popularity for May 2014 while C# drops to 6th, and VB.Net is 11th:
http://www.tiobe.com/index.php/content/paperinfo/tpci/index.html

Although Visual Basic 6.0 is 1th in the polls of voters on TheRanking.com and other surveys as the most popular programming language of 2014, it is extremely difficult to approximate the exact number of VB6 source code projects in the last two years on the Internet. Nevertheless, in 2013 and 2014, around 6000 VB6 open source projects were written and published free at PlanetSourceCode.com (PSC), and this is the situation only on PSC (thus, the whole general image on the Internet can be extrapolated from this).
Also we begin to see a different level of organization of the large VB6 community. VB6 programmers begin to communicate among themselves, a situation unimaginable in the past. Even the Wikipedia page of Visual Basic has changed, for the better, of course: http://en.wikipedia.org/wiki/Visual_Basic 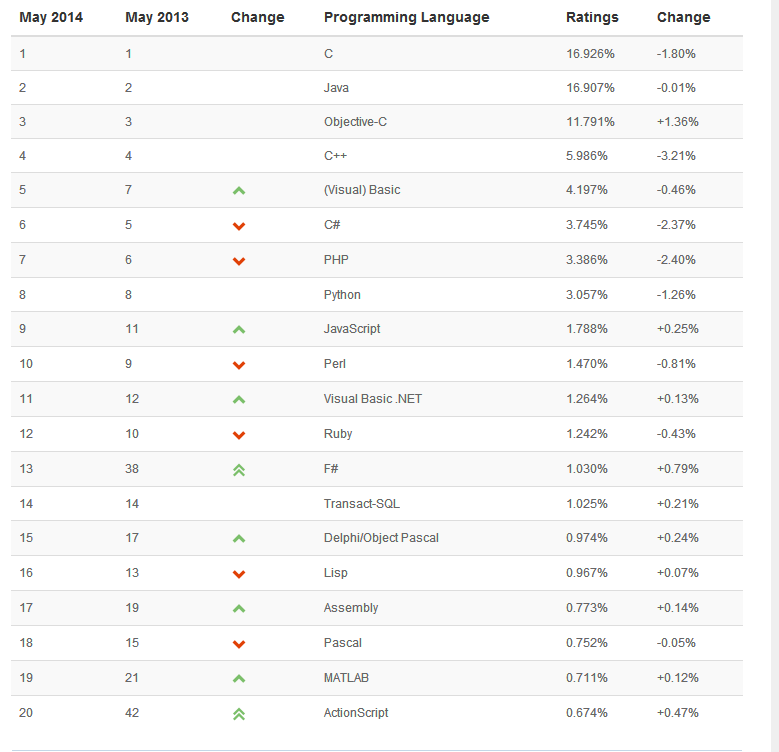